skip to main | skip to sidebar

From Austin to Fort Davis

We have to thank a lot Yen for his help in Austin, for sharing his home with us and for guiding us in the city especially at night!!! 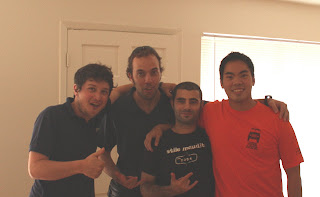 Before leaving Austin (it was Sunday) we had lunch with him at Rudy’s “The worst BBQ in Texas”… what a fabulous meal: the meat was delicious and the sauce was rich and tasty…very fun people there!

After lunch Yen helped me satisfying my curiosity about comic books in USA bringing us in a comic bookstore near his house. After that we greated him and left Austin for Fair Oaks Ranch, near San Antonio, where the relatives of Fabrizio live.

Our next stop was on the road to San Antonio: a big store named Cabela’s… Here Gianpaolo had something to do for his cousin…But this is another story.

Near San Antonio we met with Yen’s sister, who is also a friend of Fabrizio. We had a nice talk in a very hot starbucks café then we get again on the road to Fair Oaks Ranch.

Here the relatives of Fabrizio were waiting for us and we had a fabulous dinner: Allison your dinner was great (the best meat I have eaten in a long time)! All the family has been so kind to us and for a little while I felt like being a cousin or a far relative coming from far far away. 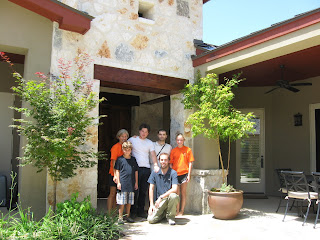 Next morning we had a Texan-mexican breakfast and then, after a strong wii session, we left for Fort Davis. 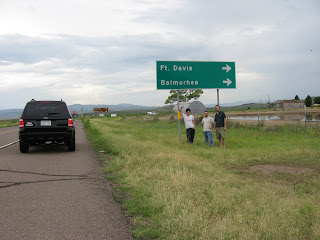 In Fort Davis we found Fabrizio’s Land Rover, at the mechanic’s garage and then started to prepare it for the next miles of 3overland.